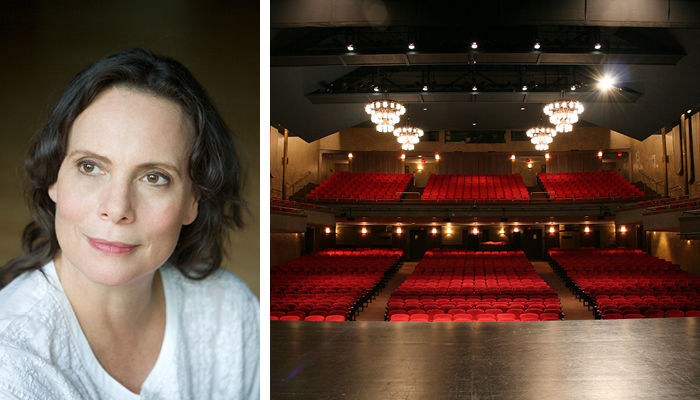 Emily Mann is the artistic director of the Tony award–winning McCarter Theatre. Currently at work on a play about feminist icon Gloria Steinem’s life, for New York’s Lincoln Center Theater, she will next be seen directing the world premiere of Chris Durang’s Turning Off the Morning News, for the 2017–18 McCarter Theatre season. Here, she waxes poetic on the town she calls home.

“I have lived in Princeton since July of 1990. Princeton has such a smart, adventurous, and diverse audience, and so I’ve been able to write, direct, and produce a great variety of theater, ranging from the classic repertoire to adventurous new plays and musicals. Many of our productions start here and go on to Broadway and London and theaters around the country, and they garner awards. And because of the wonderful audience, I have been able to build a huge body of work as a writer and director over 27 years. And I have seen more great dance and heard more great music since I moved to Princeton than I ever did when I lived in New York City, thanks to Bill Lockwood [special programming director] and McCarter.

I often walk in Marquand Park, the woods behind the Institute for Advanced Study, and along the canal towpath. When I’m in production or rehearsal, I love to dash across the street and have a drink or small plate at the Dinky Bar & Kitchen or walk up to Witherspoon Street and have a coffee at Small World, lunch at Agricola, or dinner at La Mezzaluna. And I love spring here, when the town blooms—it’s a breathtaking experience. You see flowers everywhere. It’s as if people planted the flowering shrubs and trees for one another as a gift.

One night I looked around the dinner table, and I was sitting with people in business, in science, and in engineering; there was a poet, a novelist, and a classical scholar, and I thought I could not be with a more diverse or interesting group of people anywhere else in the world. Einstein called us ‘a small town of experts,’ and he was right. I love that about our community. We are chock-full of interesting people who love to get together.” —As told to Jennifer P. Henderson (photograph, above left, by Merri Cyr; article originally appeared in Bricks & Mortar: Spring/Summer 2017)

Get to Know Our Team